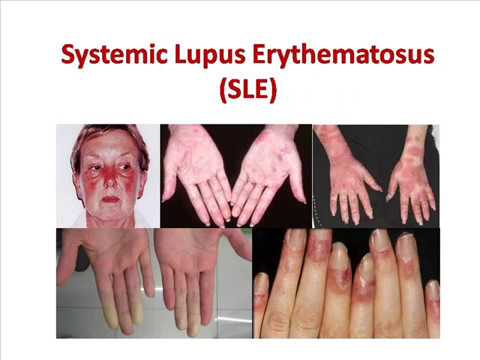 Systemic lupus erythematosus (SLE) is a inflammatory type of autoimmune disorder, i.e. the immune system attack its own cells and tissue causing damaged to its own cells

As per Dr.Abhishek SLE is a multi - systemic disease as it can affect different organs with in human body. Few patients suffering from lupus present with very mild condition, that can be easily treated with well selected Aura Homeopathy medicine, other patient may have serious complications. Chances of Lupus are more in female than in male, and its incidence is highest during puberty.

Any part of the body can be affected by SLE, but most often SLE affect the heart,kidneys, joints, skin, blood vessels,lungs, liver, and nervous system. SLE patient can have different organ involvement.

Common complaints and symptoms of SLE:

Ulcers of the mouth and nose,

Pleuritis-inflammation of the lining that surrounds the lung and

pericarditis-inflammation of the lining that surrounds the heart , and

Raynaud`s phenomenon- impaired circulation to the fingers and toes with cold exposure.

Dr. Abhishek Kasana M.D,homeopathic doctor suggest that, SLE patient have a history of long term intake of oral steroid medicine, and as per Dr.Abhishek these oral corticosteroid should not be stop instantly, rather its doses should be slowly- slowly tapered off. As Aura Homeopathy medicine increases the immunity and helps patients to cope well with the disease, there by curing it from its root. Along with Aura Homeopathic medication patient should be regularly monitored for ANA tigers, SED Rates, Inflamation, and Steroid intake.

In allopathy physician usually keep patient on Cortico-steroid, which may be necessary to control inflammation. But as there is no immuno-corrective medicine in allopathy, hence doses of steroids further go on increasing. And long term use of such steroid have various side effects including:

Aura Homeopathy treatment plays a important to reduce steroid dependency, as it palys an important role in enhancing the body internal immunity.